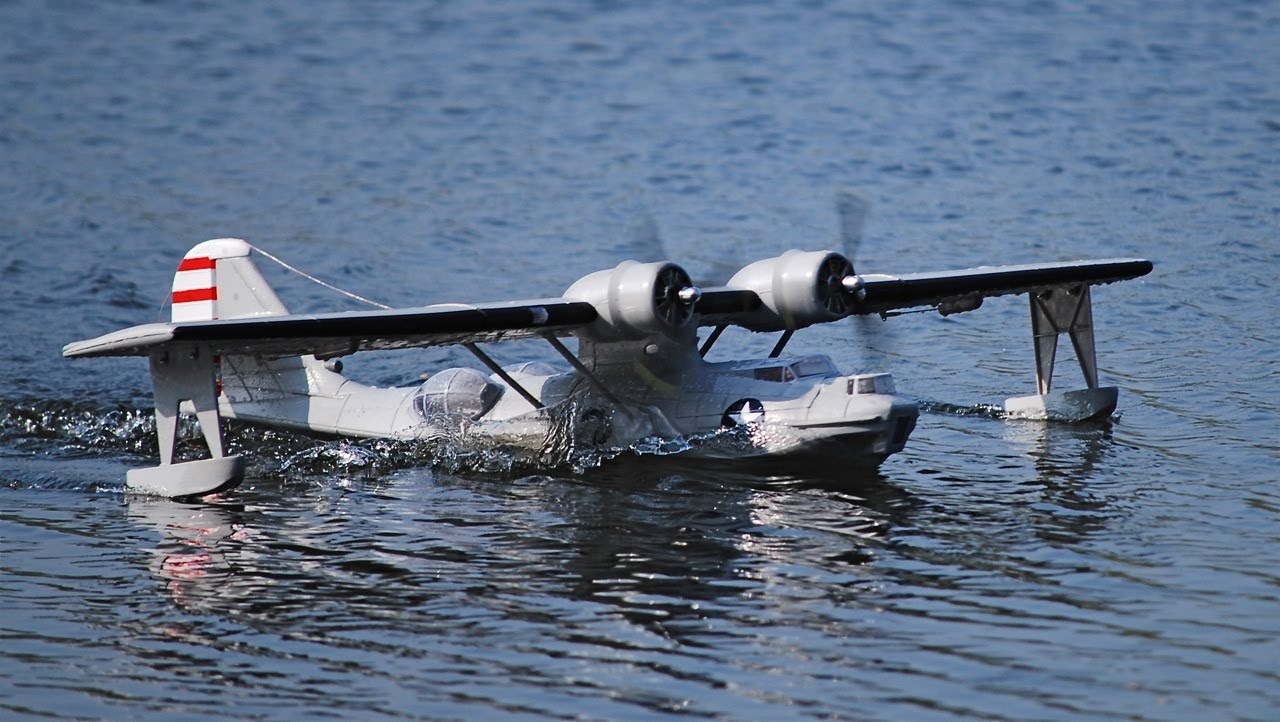 Flying a RC airplane over water is a lot of fun, add FPV to it and it become really exciting. A descent water body means plenty of open space to take-off, fly and touch-down. Before starting the FPV water plane adventure there’s a few things to consider. What type of plane? How do you protect your electronics? Do I take-off/touch-down LOS or under the goggle?

What type of plane?

There’s two basic types of water planes: The floats plane and the flying boat. A float plane is simply a regular plane which landing gears been replaced by a pair of floats. A flying boat is a purpose built plane which fuselage serve as a hull with small tip floats added to each wing for balance. Both have their pro/con so let list them so you choose what suit you best.  The float plane can have its floats removed for normal use. It stand higher over the water leaving less chance to water getting on-board, however, standing tall augment the chance of tip over. Floats also add extra weight and drag to an air-frame. Flying boats stand closer to the water potentially exposing your FPV gear to water sprays. Their fuselage are often better sealed, but that doesn’t mean water won’t get inside. They have better chances of making it back to shore after a botched landing. Water and your electronics.

Look everywhere on your plane where water could enter and use tape or foaming glue such as gorilla glue to prevent water intrusion. Don’t expect zero water intake, after all, submarines don’t fly. Prepare your plane so water on-board is not catastrophic.  Place electronics inside balloon or plastic bag and have an absorbent pad on the center of gravity. The above product, corrosionX, is your new best friend. Soak in your servos, receiver, OSD and esc or everything else electronics and let dry for an excellent survivability to water immersion. Only exception are ESC that will survive immersion, but may not like underwater operation. Also, check for presence of a barometer on your flight controller, filling them with a liquid will most probably impair their proper operation so use caution.

Fpv is all about immersion so why not do it 100% with take-off, flying and finally touch-down all under the goggle? Touching-down from the pilot view is an exciting challenge and once mastered it is really rewarding. Unexpectedly, take-off can also be tricky as well.

First, beware of flight stabilizers, turn them off for take-off. Float planes/flying boats stand nose up in the water and a stabilizer may want to apply down elevator which will give you troubles. Second, do not hesitate, there’s a speed zone before getting on step where water splash more, staying in that speed zone for long is asking for troubles. This bring us to the phenomena of “porpoising”. As the plane is accelerating a wake is created in front of the hull/floats. As speed increase this wake move back and if the plane is held in a nose up orientation with up elevator the plane will literally jump over the wake and fall nose first in the water. This will repeat 2-3 times before either the nose dig in the water or the plane take-off at a very high angle of attack only to stall and fall back in the drink. The trick is the be gentle with up elevator as the plane gain speed and it will take-off by itself once sufficient speed is attained.

You know this well, but while you enjoy the view, take a moment to observe the water body you just flew off to find suitable spots for touch-down.

You are probably used to crash-land your plane on its belly by first bleeding as much speed as possible. Not here, don’t be shy to keep some speed, too slow and your rate of descent will be too fast, you’ll risk bouncing of the water or dig the nose in. It’s a good idea to keep plenty of battery to make a much passes as you like and get that shallow angle of approach that slowly bring the surface closer. Do not reach for the water, let the plane descent until contact. That may take a great distance at first so be sure to plan ahead. In the absence of wind, the mirror like surface of the water will give very little clues about your height. It is good practice to land your plane along the shore, you’ll have a better idea of your surrounding. In the video below I fly a float plane. The water got plenty of ripples from the wind so during landing phase I dive down since I can easily spot where the surface is. I then flare and let the plane gently touch the water.