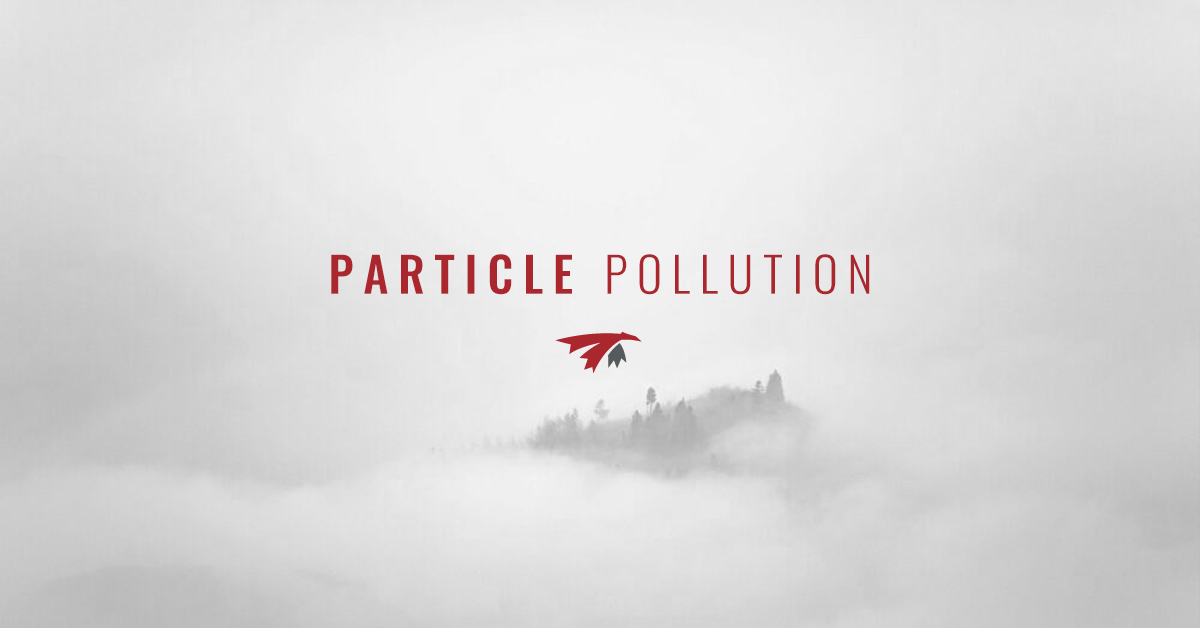 This article was updated in June 2022, to include further information on various particles. Originally published in November 2020.
___

What is the effect of fog on a radio link?

I often see concerns that fog and/or clouds will adversely affect your RF link reducing your range and possibly cut you from your aircraft. After all, fog is water and water block microwaves right?

The short answer is no, fog/clouds are not a problem, even for 5.8GHz. Water from the fog just don’t appear from nowhere. The water was there all along, because as temperatures cool, the water is forced out of solution and condense into droplets that we can now see as fog.

The long answer has to do with scattering. Particles in the atmosphere scatter electromagnetic radiation depending on their size. The bigger they are, the longer the wavelength they can affect. The sky is blue because the water molecules in the air are so small that they only scatter the shortest visible wavelength, blue. Clouds and fog are white because the water droplets they are made of are much bigger and scatter the whole visible spectrum. The visible spectra span from 380 to 750 nanometers (that’s 0.75 hundred thousandths of a millimeter) In comparison, the 5.8GHz wavelength is around 51mm, quite a margin. To put it in number, a dense fog at 3g/m3 (30M visibility) will attenuate 5.8GHz by around 0.03dB per km, an insignificant amount for our use.

The traveling of an antenna in fog will often make it collect water droplets at it’s surface. The accumulation of a body of water in the near-field of the antenna will have an effect on the antenna capacity to broadcast radio waves.

Dust particles in the air, like water droplets, can scatter water radio waves, but similarly, their small size can only affect an upper range of frequencies in a meaningful way. Dust storms are a pretty rare occurrence in most of the world, but industrial operation like mining can generate a fair amount of dust confined in a small space.  The graphic below quantify the signal loss vs frequency in different severity of dust storm and can reasonably be transposed to dust from various industrial process. At sub 6GHz, the signal attenuation in the most severe scenario is still reasonably low (1.2dB/km), consequential as the RF link used in an underground mining operation is likely much less than 1km. 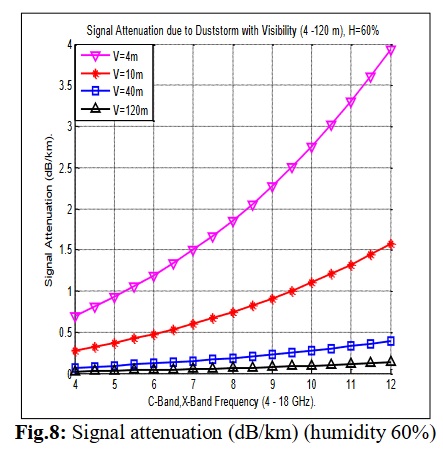 This lead a scientist at MIT study a very interesting use of microwaves: Bore hole drilling. By using a focused microwave beam to heat and vaporize rock, M. Paul Woskov , a senior research engineer at MIT’s Plasma Science and Fusion Center (PSFC), aim to drill down the earth crust to unprecedented depth. The frequency used by M. Woskov (millimeter waves), bypass the dust created by the vaporized rock and keep heating the rock in front, for an uninterrupted, laser-like drilling without bit wearing or need of drilling mud. This technology might open to way to tap into earth’s quasi-limitless geothermal energy.