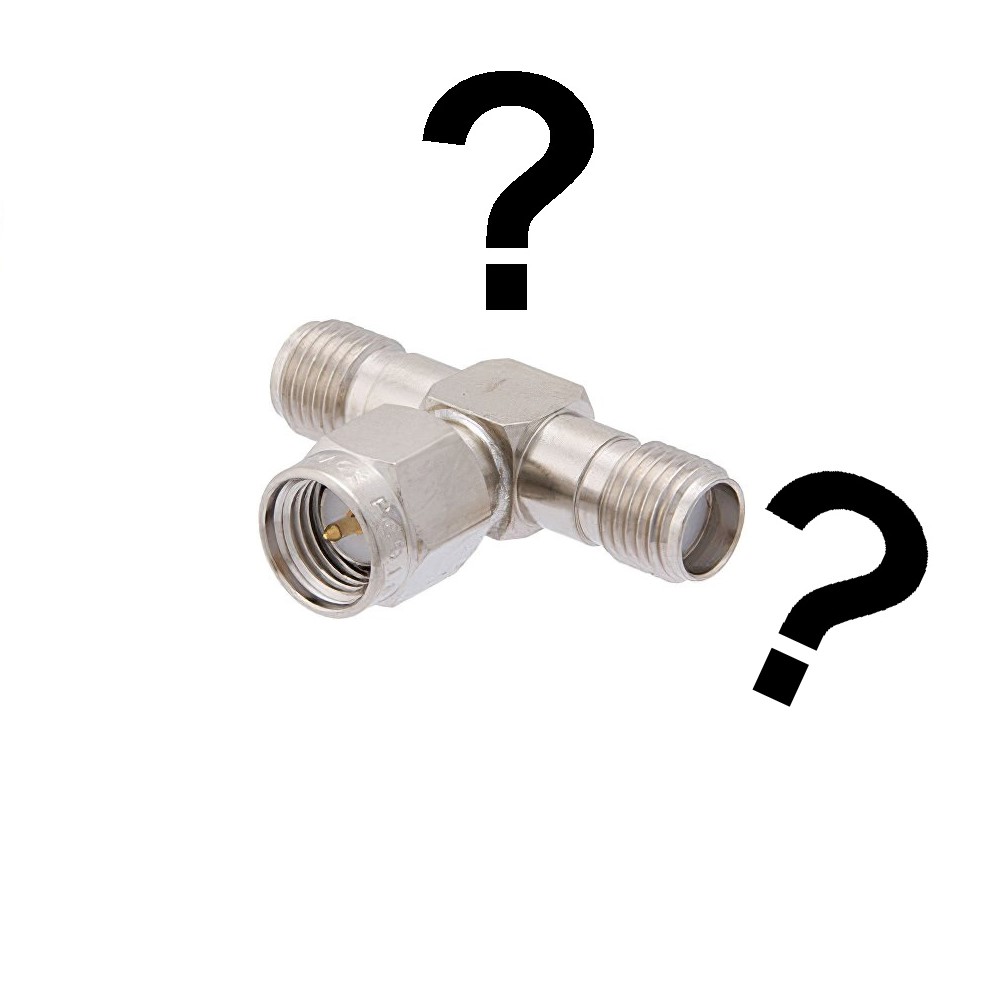 Every now and then, someone asks why not connect two antennas together using a Tee or Y adapter for the benefits of both? The answer is that isn’t that simple unfortunately. Unlike batteries that, given they are same voltage, you can wire them together for more available power, antennas produce an alternating current. As such, they first need to be in syncs in order to work as one.  Their “timing”  varies according to position and orientation. Here’s an example using the Lumenier double AXII: 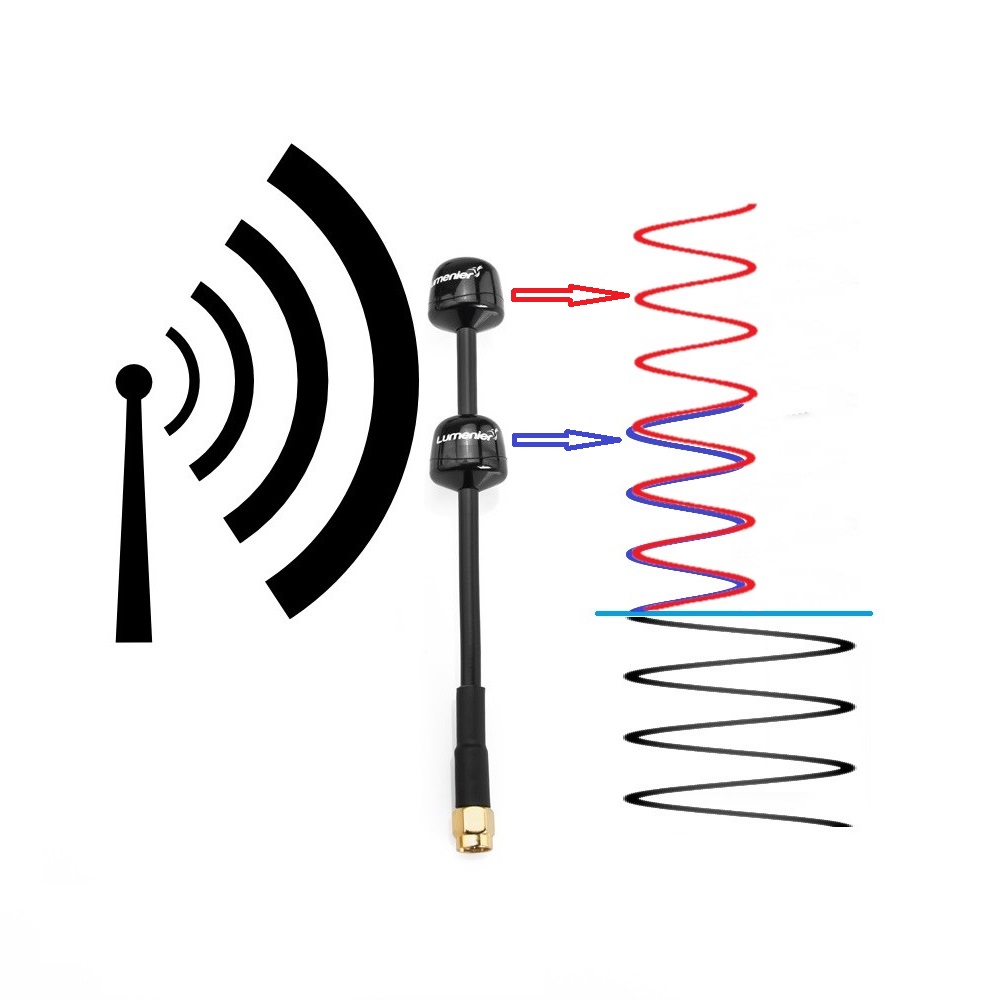 As the radio waves come in from the horizontal, they meet each antenna at the same time, then meet up in the cable in unison.

When the wave source is horizontal to the double AXII, individual antennas receive in unison, producing overlapping signals (depicted in red and blue.) The overlapping signals “adds up” into a greater signal. This is called “constructive interference”. 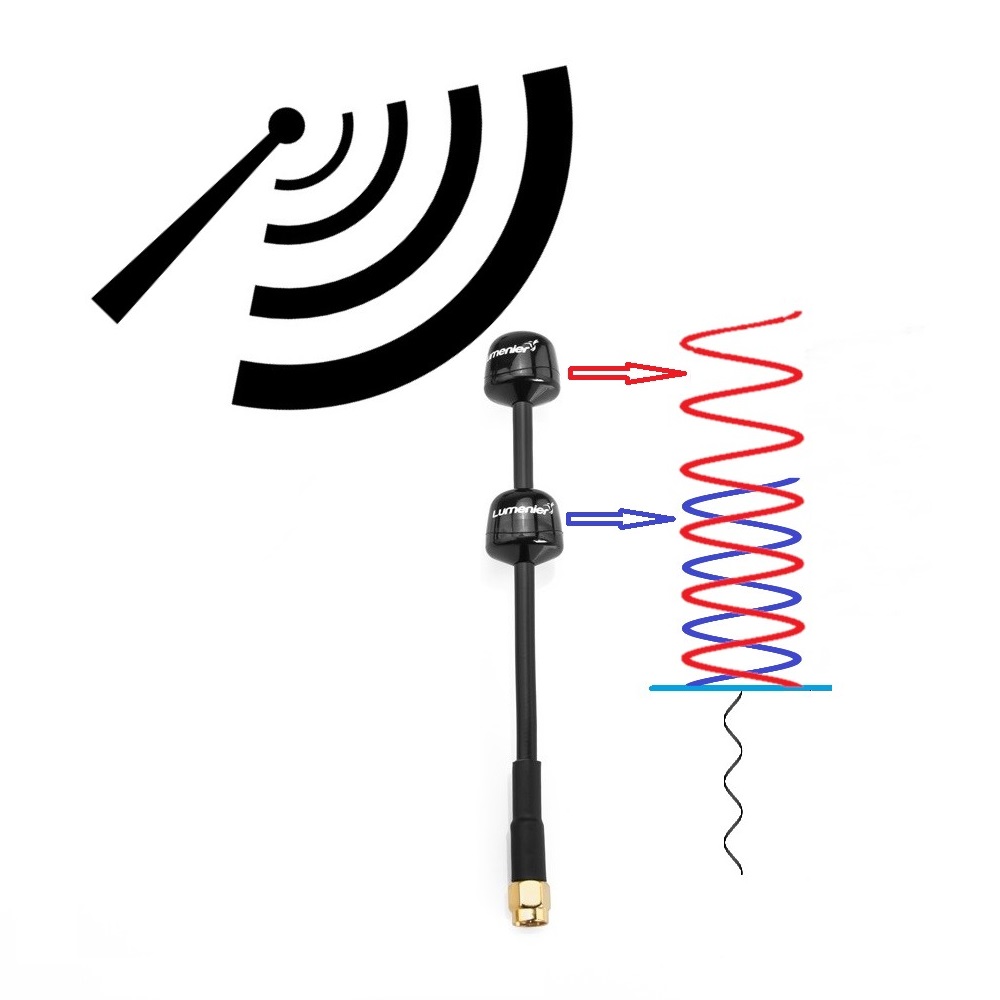 As the radio wave comes in from an angle, they meet each antenna at different time.

When the wave source is at a high angle to the double AXII, the individual antennas don’t receive in unison, producing out of sync signals. The non-overlapping signals “cancel-out” into a smaller signal. This is called “destructive interference”

This is why the double AXII radiation pattern look like this. Strong horizontal reception with null coming at about 40deg. The double AXII’s construction is precisely adjusted to keep the two antenna elements perfectly in syncs on useful horizontal reception. Also, by having both elements running on the same cable, losses are kept to a minimum and form is kept practical. 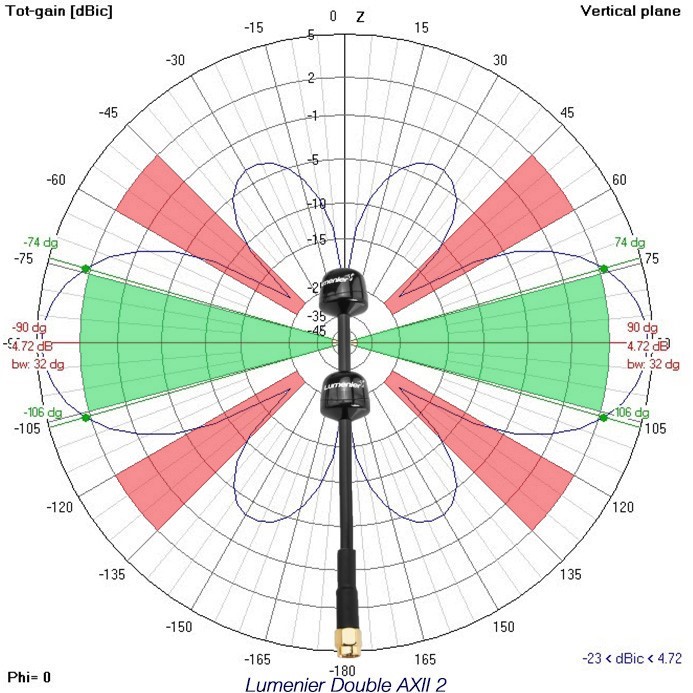 This diagram shows the double AXII’s radiation pattern. The green areas show the angles of optimal usage: where constructive interference happens most. The red areas show the angle to avoid: where destructive interference happens most. As you can see, making an antenna with higher gain in one area, comes at the cost of lower gain in another. Adding more elements to the antennas will extend and squish the green areas, but multiply the number of red areas.

Connecting two antennas on a Tee adapter without calculating where the constructive and destructive interference happen will result in a random and a likely unusable pattern.  Take example, this antenna combination here: 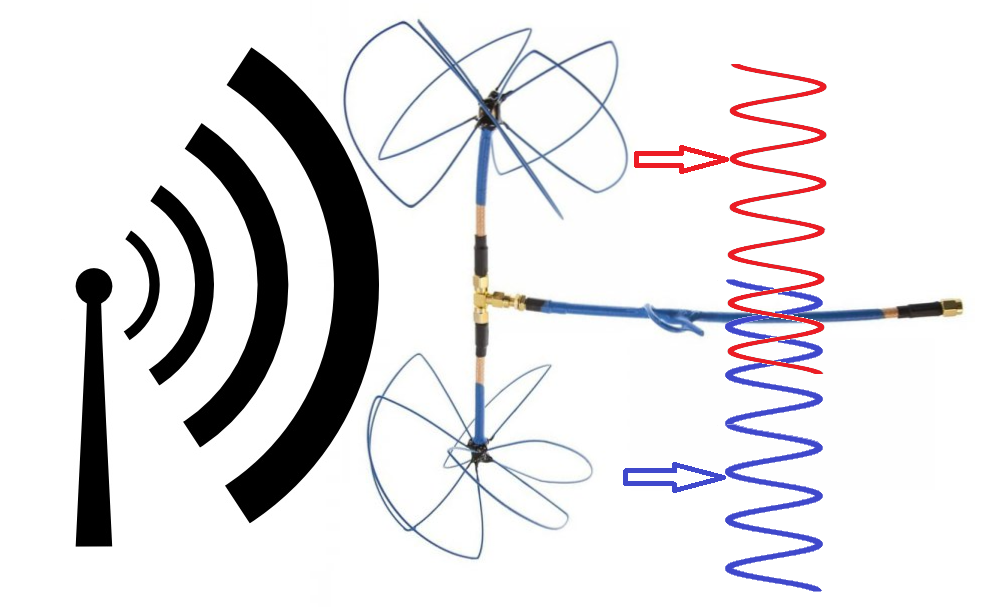 You may think that the two antennas combine their signals when radio waves reach them horizontally. However, since one antenna is upside down, its signal is also reversed, producing destructive interference with the one above. The solution to this would be to extend one of the antenna cable to delay one wave until it sync with the other. Otherwise the antenna group only produces a meaningful gain on high angles, with an hourglass shape radiation pattern.

Lastly, pairing two different antennas, for example: One directional patch with an omni would be much worse as the omni’s interference will slash trough the patch’s main beam and vice versa. Those options are really served best by a diversity receiver.

I haven’t talked about impedance matching as it is a whole other aspect, with more than enough material for another blog post 🙂